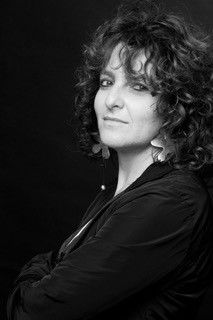 Phd. Sociologist and feminist, she’s Associate Professor at Disfor, University of Genova, Italy, where she teaches Sociology of Labour (since 2000) and Introduction to Gender Studies.

She’s the Editor in Chief of AG–AboutGender, International Journal on Gender Studies.

She’s also co-founder and past secretary of the Gender Studies Session of the Italian Sociological Association.

She’s also been working as researcher at Medì, Centre on Migration Studies, for more than a decade.

She’s an active member of the Laboratory of Visual Sociology of the University of Genoa , where she’s been producing videos and socio-photographic projects: a documentary, Yo no me complico, (with Stagi and Queirolo Palmas) on homophobia, homosexuality and transgender migrants, directed by Diaco A. (2010); an interactive exhibition on women in male jobs, Lady Truck. Women at work! (2011); a documentary on gender stereotypes, M&.F. I Male, You Female (directed by Oddone C).; a socio-photographic exhibition, Donna Faber. Male Jobs, Sexism and Other Stereotypes, which is circulating in Italy and abroad.