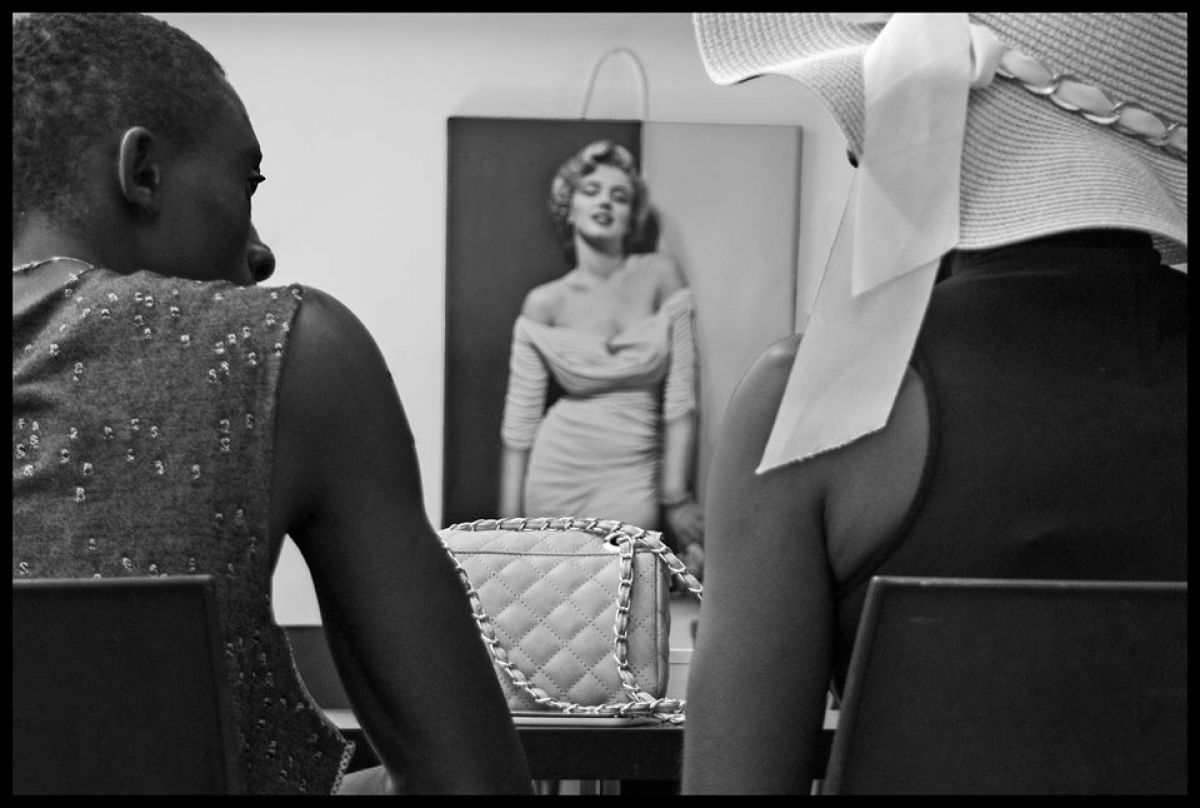 The 2018 edition of the School of Film and Visual Sociology is organized by Laboratorio di Sociologia Visuale  together with the Faculty of Film Studies and Visual Culture (Concordia University) in Montreal and the Museum of Contemporary Art Villa Croce ( Genoa).

The 2018 edition of the School of Film and Visual Sociology is organized by the Laboratory of Visual Sociology of the Department of Education Sciences together with the Faculty of Film Studies and Visual Culture of Concordia University in Montreal and the Museum of Contemporary Art Villa Croce ( Genoa).
The program will be carried out entirely in English over five days and will be divided into theoretical speeches (in the morning), practical exercises and collective reflections (in the afternoon).
The main objective of the school is to provide participants with conceptual tools and operational knowledge related to critical reflection on the image. The necessary skills will be provided to analyze, read, deconstruct and materially reconstruct image archives, updating and problematizing them.
Different disciplinary approaches will converge in this sense: narrative, aesthetic, sociological, historiographic and filmic. The archives used and analyzed will consist of audiovisual documents and repertoires inherent in the decolonization movements that characterized the global history of the twentieth century.

In the world of fiction, video editing is considered almost a technical function, an appendage of the story which is already contained in the script. On the contrary, the world of audiovisual social research does not produce images and montages according to a preordained script. The screenplay emerges through the relationships captured in their unfolding. The camera is a means of exploration and construction of meanings for social researchers.
In its development, audiovisual sociological research creates an archive of images from and on the research field. Each new encounter, each relationship that is built, memory that is collected, event that is observed and resumed, questions the previous ones, changes the perception and the informed narration of the researcher and the actors involved. Audiovisual research proceeds by imbalances, continually questioning itself, until the researcher decides what the real field of research is, what description can be made of it. The real function of editing in visual sociological research intervenes here, when it is necessary to give a shape to the material collected according to a script written and rewritten day by day, and closed only at the end.
In the audiovisual research process, editing is the moment when the moving images are ordered according to a linguistic artifice, giving them a narrative or explanatory order according to the story you want to tell, the world you want to explore.
This process is the theme that runs through the 2018 edition of the School of Film and Visual Sociology.

The school will develop a reflection on montage as a narrative constructed through the use of archival material, not shot from a storyboard.
The technique connected to the visual sociological approach is connected to a theoretical approach and theme. A group of scholars, artists, and students will be gathered and will be given a chance to collaborate on a series of issues generated by the uneven geography of contemporary globalization, and their genealogies in the recent decolonial past, as neocolonialism, decolonization, dislocation, migration.
We will bring into dialogue makers (artists, curators, activists, etc.), thinkers (scholars, researchers, students, etc), and artists and video-makers involved in critical art practice. The Villa Croce Museum of Contemporary Art will accompany the activities of the School with the international exhibition “Sismographie des Luttes. Vers une histoire generale des revues critiques et culturelles. ” created by INHA in Paris.

The school’s program is divided into three sections: a theoretical, a practical and a third of critical visions.

1. Theoretical de-constructions. “Decolonizing the gaze”
The first section will be dedicated to theoretical and methodological insights on the visual and filmic representation of colonialism, anti-colonialism and de-colonization, and the consequences in terms of global structure, migration and contemporary dislocations. Every morning two international key-note speakers will address these issues from different points of view, united by the need to decolonize the gaze on current affairs.

2. Workshops. Found footage narratives
The second section will have a workshop cut linked to the production of film and sociological objects. The groups of participants, each supported by an author / filmaker and a visual researcher, will practice on the creation of a video product starting from the assembly of archival material.

3. DocView
The third section will target the critical vision of recent productions, in the field of anthropology, film sociology, documentary. 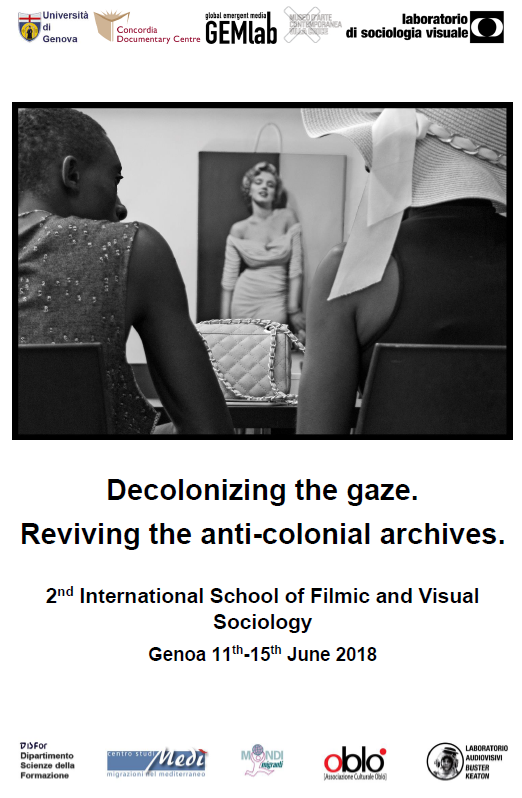