The Canadian model of refugees integration

A project by Ervis Martani, under the supervision of Prof. Luca Queirolo Palmas 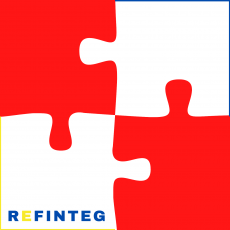 The Canadian model of the public-private sponsorship for the integration of refugees: the case of Syrians and its possible application in EU countries” is a project leaded by the University of Genoa (Italy), in partnership with the Institut national de la recherche scientifique, INRS (Canada). This research project, funded by the European Union’s Horizon 2020 research and innovation programme under the Marie Skłodowska-Curie grant agreement No. 835466, has as overall objective a comprehensive analysis of the Canadian private sponsorship model to integrate refugees, of its impact in providing to Syrian refugees a safe and legal way to resettlement and socio-economic integration, and an exploration of its possible modalities of application in some countries of the European Union.

Context and overall objectives of the project

There are currently over 82.4 million people forcibly displaced worldwide, including 26.4 million refugees, and about 4.1 million of them are awaiting a decision on their application for asylum. Moreover, since the beginning of the Syrian civil war in March 2011, the United Nations High Commissioner for Refugees estimates that about 6.7 million Syrians have fled the country and more than one million have requested asylum in different countries of the European Union. Among the policies for refugee integration, Canada’s private sponsorship program (PSR) has proven to be one of the most effective worldwide. In 2019, Canada resettled 30,100 refugees, overtaking the United States and Australia in the number of refugees admitted that year. But about two in five refugees who have arrived in the country over the past decade have been admitted under the private sponsorship program. This program allows groups of citizens and organizations to financially and emotionally support the resettlement of refugees in Canada. It has been officially operating since 1978 but, under the active role of interreligious groups, Canada started refugee resettlement programs at the end of World War 2. Since its creation the private sponsorship program has offered protection to more than 350,000 refugees. In time of refugee crisis, it has offered protection to thousands of persons in a short period of time as with the resettlement of 34,000 Indochinese refugees in 1979-1980 and more than 11,000 Syrians between December 2015 and February 2016. PSR program is considered more effective than the government assisted sponsorship program as the PSR ensures a smoother, faster and long-term integration of refugees. Aside from its success in resettling refugees, the private sponsorship and public-private partnerships are more favorable as they reduce both short and long-term government costs incurred in relation to the refugee settlement. The costs are either entirely covered or shared amongst the private citizens during the sponsorship period. Therefore, aid can be offered to a greater number of refugees and private sponsorships lead to an increase in the number of resettlements.

It is said to be a durable solution to refugee crises and a mechanism for sharing responsibility among host countries. During the World Refugee Forum hosted by UNHCR in Geneva in December 2019 was highlighted that Canada is serving as a model for other countries that are now implementing community sponsorship initiatives looking to Canada as a leader. In fact, several countries have already shown an increasing interest in Canada’s experience. In 2013 Australia implemented a private sponsorship program based mainly on the Canadian model, and different EU member states experimented with short-term private sponsorship schemes in response to the increased refugee flows.

The overall objective of this action is a comprehensive analyse of the Canadian private sponsorship model to integrate refugees, of its impact in providing to Syrians a safe and legal way to resettlement and socio-economic integration, and an exploration of its possible modalities of application in some countries of the European Union. This overall objective is achieved through three specific objectives. S.O.1: Analyse and present the overall Canada’s Private Sponsorship of Refugees Program, and describe its benefits, results and challenges. S.O.2: The impact of private sponsorship program in the case of Syrians and comparison with outcomes of other resettlement programs. S.O.3: Investigation about the possible application of the Canadian program in EU countries.

Therefore, this project is important for society since it deals with a contemporary issue and addresses an important global question. Moreover, it aims to explore the possibility to transfer the Canadian program in other jurisdictions which could be of great interest for European Union.

Work performed and progress beyond the state of the art

This action investigates Canada’s Private Sponsorship of Refugees Program through the analysis of the literature on the program, in the framework of the overall Canada’s immigration policy, and analysis of data from Immigration Refugee Citizenship Canada, Statistics Canada and other available data. Subsequently the research focused on the evaluation of the impact of the program in the case of Syrian refugees arrived since 2015-2016 by analysing federal and provincial reports and data from Immigration Refugee Citizenship Canada, Statistics Canada. Then empirical evidences about the program were collected through semi-structured interviews with scholars, federal and provincial high-profile officials, NGO representatives, service providers, private sponsors and refugees. Despite some structural and conceptual challenges, the program is considered as more effective than the government assisted sponsorship program and it has offered protection to more than 350,000 refugees since its creation. Because of its success in Canada, private sponsorship program is widely promoted as a best practice for the rest of the world. However, it is the product of unique and favourable domestic circumstances which can make it inappropriate for other countries lacking such conditions.

The research on Canada’s private sponsorship program is continuously growing, particularly after the arrival of Syrian refugees from 2015 onwards. Through a mixed-method design this action further extends the knowledge about the program by outlining its development, impact, success and shortcomings. It addresses the impact of the program in the case of Syrian refugees and highlights differences regarding the personal profile between refugees assisted by the government and those assisted by the private sector. These differences may have been reflected in the integration outcomes of the two groups, at least in these early years after arrival.

It is expected that until its end the project will contribute to the advancement of both research and policy beyond the state of the art, particularly by exploring possible avenues of implementation of the program in European countries.

While this action is not intended to have an economic impact, conversely it aims to contribute to scientific progress regarding refugee resettlement, based on Canada’s experience. Moreover, the results of this action may have a significant societal impact by improving policies regarding refugee integration in Canada and raise public awareness regarding the importance of the integration of this population and challenges affecting their integration processes. Therefore, this study could potentially help filling gaps between research and policy-making on this field and avoid inauspicious long-term impact of uninformed policy-making. Furthermore, since the Canada’s private sponsorship program is dependent upon the goodwill and resources of sponsors, who participate on a voluntary basis in the resettlement of refugees, this action could potentially promote a further mobilization of civil society organizations and citizens for supporting refugees. The direct involvement of private citizens is essential as they can act as agents of change and generate, or push forward, the political will to enhance the existing resettlement programs in Canada and abroad, including European countries. This direct involvement, with the consequent engagement in intercultural relations, can potentially help to counter discrimination and hate speech. In fact, the interaction among people from different backgrounds supports intercultural and interreligious dialogue as an important tool in the efforts for fostering peace, social stability, and social cohesion.

* This project has received funding from the European Union’s Horizon 2020 research and innovation programme under the Marie Skłodowska-Curie grant agreement No. 835466. The content of this publication reflects only the author’s view and the Agency is not responsible for any use that may be made of the information it contains.